While Pokemon Legends: Arceus dipped its toes into what an open-world Pokemon game could be, Pokemon Scarlet and Violet fully embrace it. This new approach to the tried-and-true Pokemon formula reinvigorates the mainline series and delivers one of the most challenging and rewarding Pokemon adventures to date. Where they really shine, however, is in non-linear progression. Scarlet and Violet make some subtle efforts to guide you to specific locations, but ultimately, how you forge your own path through the vibrant new region of Paldea is what makes it so memorable.

Scarlet and Violet start off like most mainline Pokemon games: You wake up at home, meet your rival, pick one of three starters, and before long you’re exploring the world and catching a wide range of monsters. While the tutorial might still feel a bit overbearing for longtime fans, it moves at a brisk pace. Before long, Nemona, your peppy, battle-hungry rival, turns you loose, and you’re free to explore a hefty chunk of the map, battle trainers at your discretion, and catch wild Pokemon. It does slow down a bit as it introduces characters and the three main questlines, but soon after that, you are free to explore Paldea in its entirety.

Want us to remember this setting for all your devices?

Please use a html5 video capable browser to watch videos.

This video has an invalid file format.

Please enter your date of birth to view this video

By clicking ‘enter’, you agree to GameSpot’s

Scarlet and Violet’s strength lies in their freedom, and that freedom extends beyond its open world. At the outset you are given three different paths to follow: The Path of Legends, which has you hunt down and defeat abnormally large Pokemon; Operation Starfall, where you deal with this generation’s Team Rocket; and the familiar Victory Road, in which you take on eight gym leaders. Unlike previous games, there is no predetermined path through the story. Although trainers and wild Pokemon get tougher the further you get from Mesagoza, Paldea’s centermost city, there’s nothing outright stopping you from marching up to one of the toughest gym leaders in the game and challenging them to a battle. In fact, Pokemon Scarlet and Violet doesn’t even tell you how tough a specific area is until you are actually there.

That lack of transparency might seem odd in a level-based RPG, but it encouraged me to travel off the beaten path and scout out areas a traditional Pokemon game would have gated off. The lack of random encounters also fosters this type of exploration. Pokemon are crawling over every square inch of the map. Pawmi, the adorable new electric-type rodent, travels in packs; Psyducks will saunter through fields, occasionally taking a dip in a nearby stream; and Pichus can often be found napping under shady trees. Like in Arceus, I often found myself chasing new Pokemon I spotted off in the distance until I ended up in an area I wasn’t quite ready for. Occasionally, these spontaneous adventures would end with a team wipe, but sometimes I’d walk away with a powerful new Pokemon to join my roster.

In many ways, it feels like Game Freak has finally taken the training wheels off of Pokemon. Throughout most of my adventure I felt like I was constantly punching above my weight against gym leaders, Titan Pokemon, and Team Star bosses. In most cases, my Pokemon were lower levels than the competition, which forced me to think beyond the familiar rock-paper-scissors type matchups. Natures, abilities, and held items–things I rarely consider during a Pokemon game’s main story–would often give me enough of an edge to narrowly beat a trainer I would have otherwise lost to.

Terastallizing adds another wrinkle to the challenge. Most key trainers you go toe-to-toe with will Terastallize their final Pokemon, which can alter a Pokemon’s typing. Every Pokemon in the Paldea region has a Tera type along with its standard type or types. In most cases, the Tera type matches one of the Pokemon’s standard types. However, some Pokemon you come across will have a Tera type different from their standard type. For example, the Grass-type gym leader Brassius uses the Rock-type Pokemon Sudowoodo, but his Sudowoodo has the Grass Tera type. Once this Sudowoodo Terastallizes, the Water- or Grass-type attacks you’d usually use against Sudowoodo won’t be very effective. Most gym leaders use Terastallizing to cover their weaknesses, making the final push a tad more difficult if you aren’t prepared or are underleveled.

Of course, you don’t have to play Scarlet and Violet the same way I did. You can seek out challenges you are appropriately leveled for and stick to safer areas while you train. This approach is still far more compelling than the traditional Pokemon structure because there are plenty of areas to explore, a wide variety of Pokemon to catch, and a handful of main objectives to complete wherever you choose to go. And even when I was underleveled for some of the tougher points of interest, I rarely felt like my only option was to grind out levels by repeatedly battling wild Pokemon.

Grinding is far less tedious than it used to be thanks to the “Let’s Go” mechanic. This allows the first Pokemon in your party to auto-battle wild Pokemon. Auto-battling doesn’t net you as much experience as a standard battle, but because auto battles are decided within seconds, you can battle a high volume of Pokemon in a short amount of time.

Scarlet and Violet make some subtle efforts to guide you to specific locations, but ultimately, how you forge your own path through the vibrant new region of Paldea is what makes it so memorable

Auto-battling also ties into TM crafting. Unlike in previous games, once you find or receive a TM, you can craft copies of it at Pokemon Centers. When you knock out a wild Pokemon, it drops crafting materials, and you can earn those crafting materials far more efficiently by auto-battling. However, while auto battles make TM crafting much easier than it would be otherwise, I’d much prefer an option to buy the ones I want. All TMs require components from specific Pokemon, meaning that you have to make an effort to track down that Pokemon and battle it a few times.

The good news is that you can swap out your Pokemon’s moves at any time. If you accidentally replaced a move, you can go into a Pokemon’s summary menu and relearn it. This is also true for TMs; if you use a TM on a Pokemon, that move will always be available in its move pool. It’s a small change, but a welcome one that makes it much easier to experiment with movesets on the fly.

Scarlet and Violet also shake up breeding for the first time since it was introduced in Gold and Silver. Although breeding the perfect Pokemon can still be a time sink, both games have done away with Pokemon Daycares entirely. Now, if you set up a picnic with two compatible Pokemon in your party, they will leave multiple eggs in a basket. Unhygienic, yes, but this saves a ton of time. Eggs collected during a picnic will automatically populate in your boxes, meaning you don’t have to frequently reorganize your party to make room for a new egg. Within 15 minutes of idle time in a picnic, I had over a dozen eggs that were automatically transferred into my Pokemon box–a much easier and more efficient method than riding a bike around a daycare and waiting for eggs to appear.

The streamlined breeding process also means it might be easier to grind for shiny Pokemon. While I haven’t figured out how to maximize my shiny odds yet, it seems like the overall process could be far less painful than in the past.

It’s hard to discuss the competitive scene without touching on battling. Terastallizing will certainly shake things up, but it’s difficult to say exactly how at this stage. In theory, a competitive team could cover far more weaknesses thanks to this mechanic. With six Pokemon to a team and potentially three different types per Pokemon–each Pokemon’s two standard types and a third, different Tera type–you could represent all 18 types in one party. My hope is it will result in a far more diverse lineup of viable competitive Pokemon and new, inventive strategies, since typing is such an important part of the team-building process.

As excited as I am to test out these strategies, Scarlet and Violet lack a Battle Tower. There are some exciting post-game challenges, but the absence of a proper Battle Tower makes it very difficult to experiment with different teams and test out new strategies in a low-stakes competitive environment.

The omission of the Battle Tower is likely due to Scarlet and Violet’s expanded suite of online features. Unfortunately, as of now, the servers aren’t live yet, so I haven’t been able to test online battles, cooperative play, link trades, and surprise trades, but I intend to and will update this review to reflect my experiences. Of these, I am most curious to see what co-op adds to the package. Could you potentially play through the entire game with a few friends, or is it limited to basic exploration? If co-op manages to capture the same sense of freedom as the single-player, it could be a fantastic way to play these games.

The level of freedom found in Scarlet and Violet comes at a significant cost, though, particularly in their presentation. These games look rough. There’s a moment early on where you follow your rival to the top of a lighthouse. Whether intentional or not, it feels like it’s supposed to be that moment in every open-world game where you can appreciate the vast expanse of the world before you. Unfortunately, the muddy visuals undercut the moment. Mesagoza looks like a collection of off-white shapes in the distance, the trees look more like green blobs than trees, and the rotating Poke Ball above the Pokemon Center moves at only a few frames per second.

While the Pokemon and key characters are well-rendered, not much else is. Textures are missing, objects in the distance are pixelated and jittery, Pokemon and NPCs are constantly popping in and out due to poor draw distances, and battles on uneven terrain will frequently cause the camera to clip through the ground.

Fortunately, Scarlet and Violet run pretty well. Don’t expect a buttery 60 frames per second, but during my time with the games, I haven’t experienced any slowdowns or significant dips to the frame rate. Of course, a game like Pokemon doesn’t demand rock-solid performance, but it is comforting to see that, despite all of the visual rough patches, performance holds up decently.

While undercooked presentation and visual issues hold the games back, Pokemon Scarlet and Violet are still the best mainline Pokemon games in years. They build off Pokemon Legends: Arceus’s open-ended design in some thoughtful and surprising ways, and retain that same level of depth that the mainline series is known for. 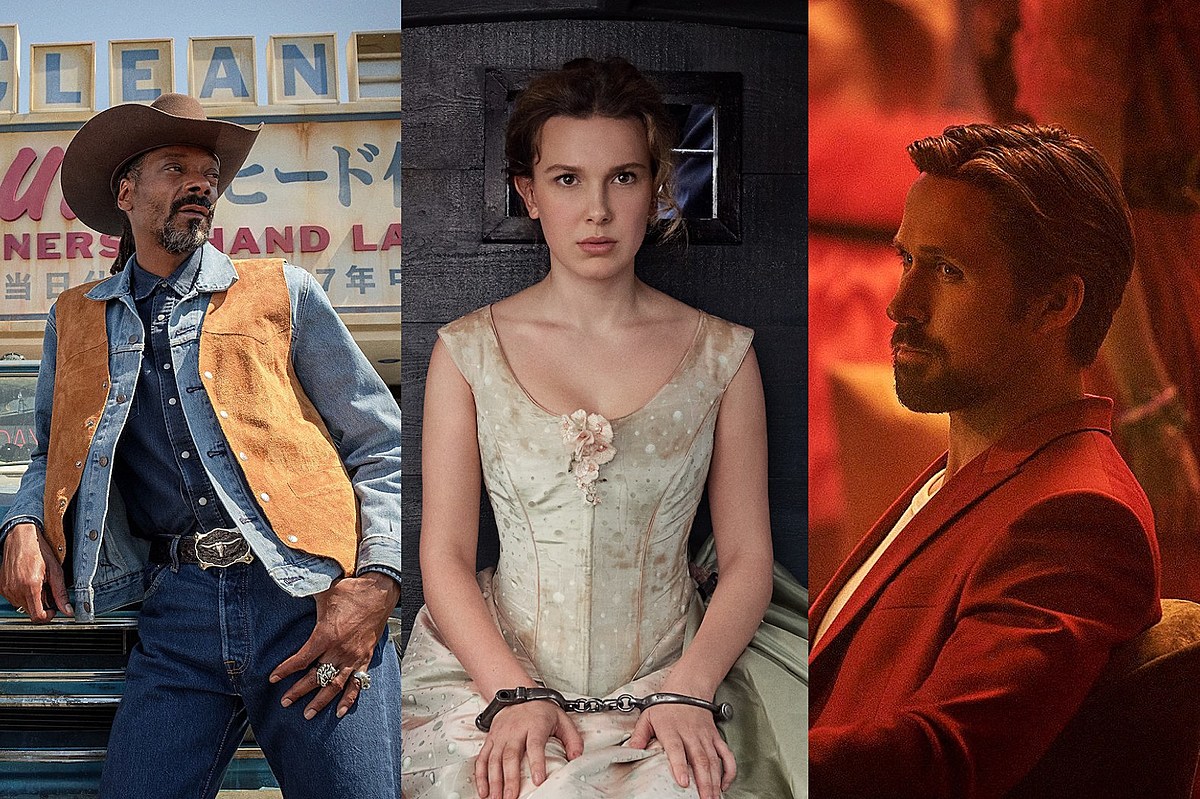 Most Watched Netflix Movies of 2022 The Game of 2022: A look back at the two great protagonists of God of War and accessibility options in Horizon Forbidden West.

What is Thoreau’s Most Famous Poem? 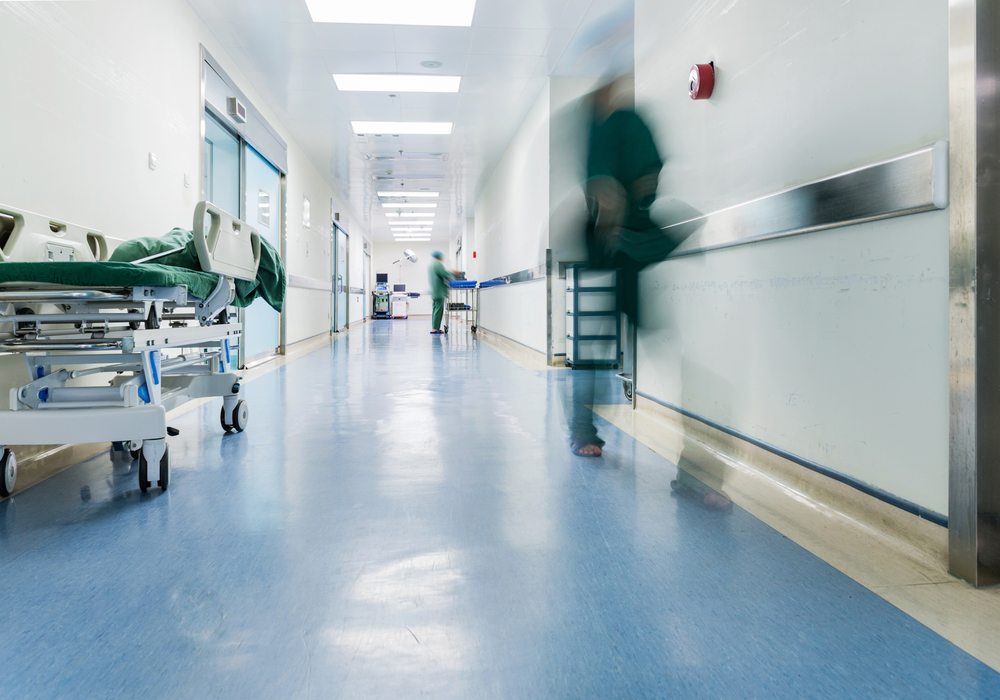